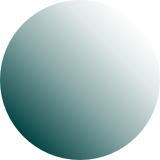 Invest with passion and purpose

Join our community to gain access to the experience and support of our dedicated and friendly team.

If you have any further questions please contact office@unitedgroup.capital

At United Group, our mission is to support the adoption, growth and long term success of the Elrond Network ecosystem.

This is our unique approach: we make it simple to build on the next generation of blockchain technology. We provide the staking infrastructure and are actively participating in community & governance. Stake with us

To ensure the highest possible level of decentralization and security, our dedicated servers are distributed in data centers around the world. Our servers has 99.9% hardware availability. Every server has maximum security with many layers of security to make sure our hardware cannot be accessed or attacked in any way.

What is Elrond (EGLD)?

Elrond is a blockchain protocol that seeks to offer extremely fast transaction speeds by using sharding. The project describes itself as a technology ecosystem for the new internet, which includes fintech, decentralized finance and the Internet of Things. Its smart contracts execution platform is capable of 15,000 transactions per second, six-second latency and a $0.001 transaction cost.

Elrond was co-founded in late 2017 by brothers Beniamin and Lucian Mincu alongside Lucian Todea as a solution to the problem of blockchain scalability, which they thought to be the most pressing problem facing the industry.

Elrond describes itself as a blockchain platform for the new internet economy, decentralized applications and enterprise use. Its main selling point is its high scalability, stating that it is the first blockchain network in which state, network and transaction sharding have all been implemented. According to its economics paper, it seeks to build up its ecosystem and establish EGLD as a store-of-value asset.

To achieve this goal, the network runs on 3200 validator nodes split into four shards: three execution shards, capable of 5,400 transactions per second each, and one coordination shard, the "Metachain." Elrond's adaptive state sharding architecture completely shards state, transactions and network. It can scale by adding an additional shard when the throughput demand is unmet. It was tested to run 263,000 TPS in a public environment with 1,500 nodes from 29 countries grouped in 50 shards.

Improvements come slowly in the beginning, but gains increase rapidly over time.

You Stake. You Earn.

You may think of staking as a less resource-intensive alternative to mining. It involves holding funds in a cryptocurrency wallet to support the security and operations of a blockchain network. Simply put, staking is the act of locking cryptocurrencies to receive rewards.

Proof of Stake and staking opens up more avenues for anyone wishing to participate in the consensus and governance of blockchains. What’s more, it’s an utterly easy way to earn passive income by simply holding coins. As it’s getting increasingly easy to stake, the barriers of entry to the blockchain ecosystem are getting lower.

Securing the Elrond network can be fun and profitable.

Data are for information purposes only